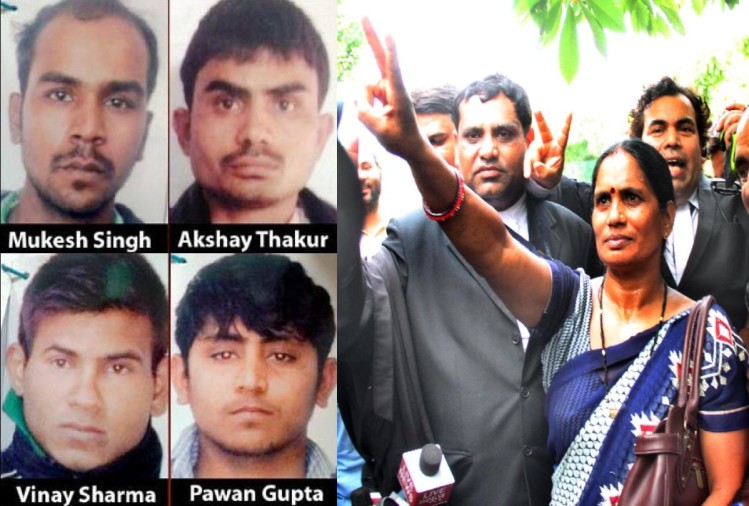 Related Topics:accusedFeaturedhangedNirbhaya case
Up Next 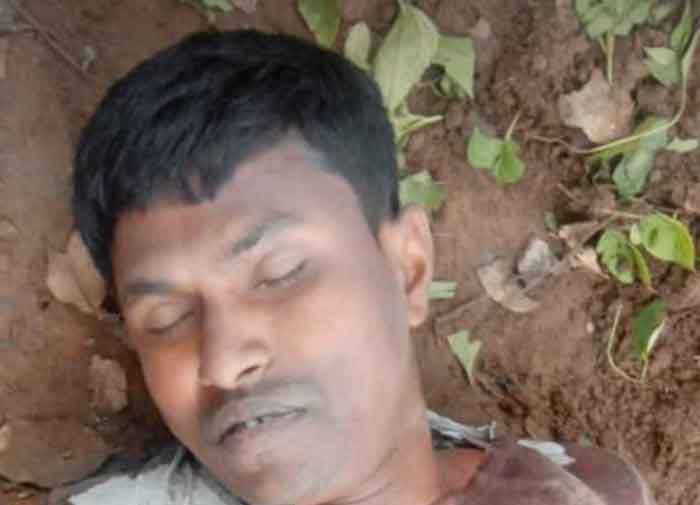 Pastor Munsi Deo Tando was abducted and murdered in cold blood near his village named Bhatpar, situated in the Bhamaragad Taluka of the Gadchiroli District in the Indian state of Maharashtra. The Pastor was conducting a prayer and fasting meeting on Friday, the 10th of July 2020 at 4 pm. He concluded the meeting at around 5:30 pm. “After the meeting, a group of people said to be Naxalites, came to his house. Six people in all, out of whom 3 were women. They caught hold of the 30-year-old Pastor and immediately bound his hands behind his back. They then seized him and took him around half a kilometre away from his home and shot him dead” said Pastor Vijay Kumar. “His body was later discovered at the same spot.”

Persecution Relief spoke to Pastor Vijay Kumar who was at the hospital, 13 kms away from the village, where a Post mortem of Pastor Munsi’s body was being conducted.

“The pastor and his family faced a lot of persecution in the village because of their Christian faith.

A few villagers did not approve of his Christian activities and openly opposed him. False allegations were made against him to the Naxalites.” Said Pastor Vijay.

Pastor Munsi is survived by his wife Jaini and 3 young children who are currently in a state of shock. The local Christian community is in disbelief and saddened by the news.

This is the 3rd case of Christian persecution leading to murder in less than a month.

Samaru Madkami, a 14-year-old Christian boy was hacked to death by religious fanatics. This happened in a village named Kenduguda in Malkangiri, a district in the east-Indian state of Odisha. 3 years ago, he and his entire family adopted Christianity. Since then, the fanatics had been threatening to kill them and the rest of the Christians in the village. Even after the assassins were caught, they still boldly threatened to kill the other Christians in the village.

On account of his Christian faith, 27-year-old Kande Mudu was murdered by a group of religious fanatics who were armed with weapons in a village named Bari which is in Khunti, a district in the Indian state of Jharkhand. The fanatics broke into his home, attacked him and slit his throat. He and his family had adopted Christianity 4 years ago and had been harassed by local fanatics ever since. Bindu Mudu, his wife and his two daughters fled the village from fear of being attacked and their whereabouts are unknown. No arrests have been made thus far.

The US Commission on International Religious Freedom (USCIRF) has downgraded India to the lowest ranking, ‘Countries of Particular Concern’(CPC) In its 2020 report. 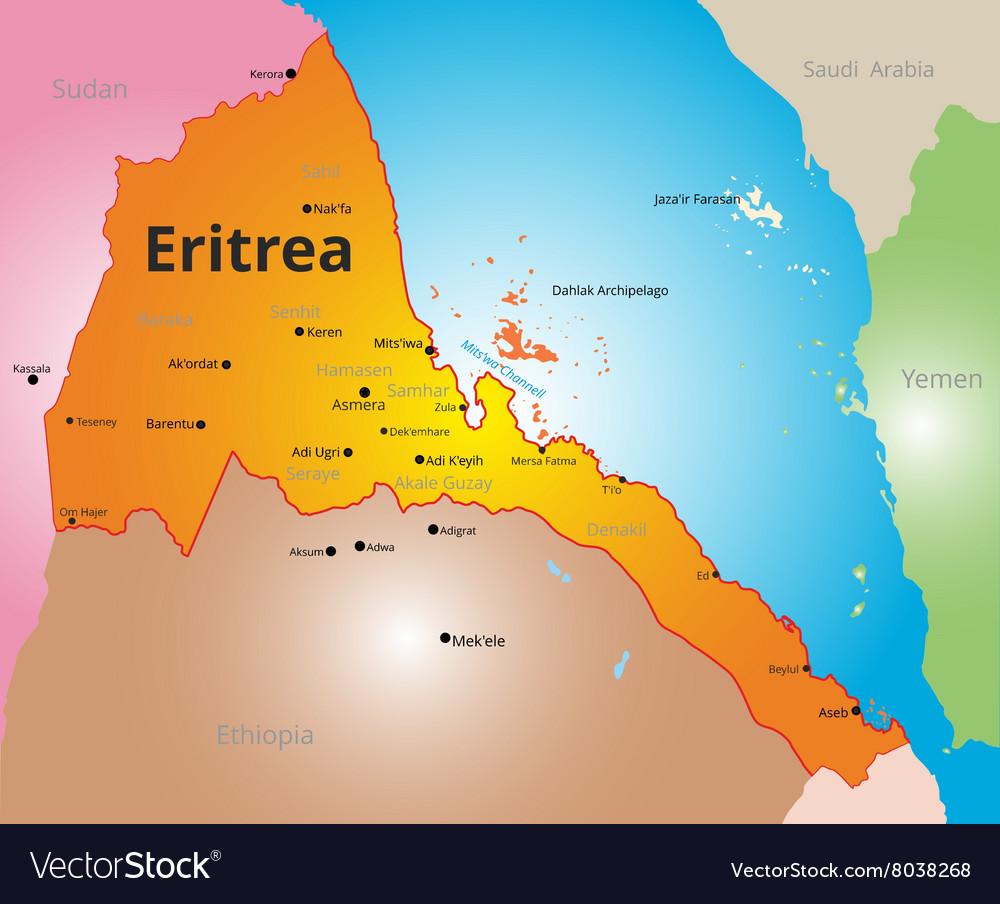 Some 45 people attending Christian gatherings have reportedly been arrested in recent months in the capital city of Eritrea, a country ranked as the sixth worst in the world when it comes to Christian persecution.

Rights groups are raising the alarm as recent reports indicate that as many as 30 people were arrested while attending a wedding ceremony for a Christian couple in the East African country’s capital city of Asmara in the last week of June.

The London-based nonprofit Release Eritrea, which promotes religious harmony and human rights, released a statement this week explaining that the group of detainees was targeted by the regime in Asmara.

The detainees are believed to have been taken to a local police station known as Kalai Medeber.

“That takes the tally of prisoners up to 45 in total since last April when another group of 15 Christians that had been attending a worship service were rounded up from the capital’s Mai Chehot area and transported to the prison camp in Mai Serwa,” Release Eritrea explained.

The United Kingdom-based Christian Solidarity Worldwide, a nongovernmental organization that operates in over 20 countries, also sounded the alarm about the recent arrests as Eritrea remains one of the world’s most repressive regimes.

CSW, a United Nations accredited NGO, warned that the reported new detentions in Eritrea come amid increased concerns over the deadly impact of the COVID-19 pandemic in Eritrea’s overcrowded prison system.

Release Eritrea Director Berhane Asmelash told CSW in a statement that the government will “excuse these arrests by saying these people are detained for breaking COVID restrictions.”

“But the reaction is very heavy-handed,” Asmelash said. “Why detain them in such conditions? Why not fine or warn them?”

CSW noted that tens of thousands of Eritreans are imprisoned in over 300 unsanitary detention centers without charge or trial. Some prisoners of conscience in Eritrea have been detained for decades due to their political views or religious beliefs.

The Eritrean government has been led by President Isaias Afwerki since the country’s independence from Ethiopia in 1993. Eritrea only recognizes four religious affiliations — Orthodox Christianity, Sunni Islam, the Evangelical Lutheran Church of Eritrea and the Catholic Church. Afwerki is reportedly a member of the Orthodox church.

According to Asmelash, the entire prison population in Eritrea is estimated at 48,000 with “insufficient food and due to the lockdown.”

“The president is using COVID-19 to raise funds, but people in Eritrea are starving,” Asmelash said. “[T]here is no food, there is no money. There is nothing.”

Last week, the United Nations Human Rights Council, which Eritrea is a member of, held an interactive dialogue on the human rights situation in Eritrea that included several countries and nongovernmental organizations.

Among groups that took the floor during the dialogue was CSW, East and Horn of Africa Human Rights Defenders Project and Human Rights Watch, among others.

During the meeting, speakers called on Eritrea to allow the U.N.’s special rapporteur to visit the country and criticized the lack of improvements in the human rights situation two years after Eritrea agreed to join the council.

Some speakers in the dialogue voiced concern about the arbitrary detentions, enforced disappearances and torture used against political opposition. They called for political prisoners and prisoners of faith and conscience to be immediately released.

U.N. Special Rapporteur on the Situation of Human Rights in Eritrea Daniela Kravetz, a human rights attorney appointed to the role in 2018, condemned the government’s failure to uphold freedom of religion.

“To build the foundations for a thriving society, the Eritrean authorities must open civic space for independent civil society,” Kravetz said in a statement on June 30. “Today, there is no space for independent human rights defenders, members of political opposition and independent journalists. In this last year, we have witnessed the increased shrinking of civic space in Eritrea, with the arrests of practitioners of different religious congregations during prayer gatherings, of members of minority groups and of persons who have expressed dissent.”

Kravetz warned that in several instances, institutions that have called for reforms and questioned the actions of the government have faced “reprisals.” Such institutions include the Catholic Church and Islamic entities, she said.

“An open civic space is a basic pillar for the success of any nation,” Kravetz argued.

Open Doors USA, a Christian persecution watchdog organization working with the persecuted Church in over 60 countries, ranks Eritrea as the sixth-worst country in the world when it comes to Christian persecution on its 2020 World Watch List due to the number of human rights abuses and unjust imprisonments.

Open Doors reports that under the Afwerki regime, Christians who are not members of state-approved churches are considered to be “agents of the West and a threat to the state.”

According to Open Doors, hundreds of members of unregistered house churches are imprisoned, some for over a decade. Some prisoners are forced to work long hours in commercial flower fields or are detained in shipping containers that can reach extremely hot temperatures under the sun.

That was the case for Helen Berhane, an Eritrean Christian who met U.S. President Donald Trump last July along with a group of other persecuted believers from around the globe.

Berhane spent 32 months detained inside a metal shipping container because of her faith. She told Trump about the plight of Christians in Eritrea.

“But the reason I am here is all of our pastors, they are still in prison in Eritrea, including the Patriarch Antonios,” she said. “That is my message and voice for those who are voiceless.”

Eritrea is recognized by the U.S. State Department as a “country of particular concern” for engaging in systemic and egregious violations of religious freedom.