Related Topics:AmbassadorExpatriateFeaturedSaudi Arabia
Up Next 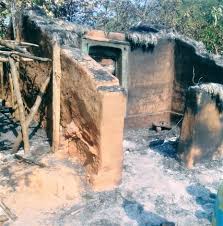 Morning Star News reports that in December, the Christians, who had converted from tribal animism to Christianity, were worshiping in a wood-and-hay structure in Odisha state’s Chichima village when they were approached by a mob of about 20 to 25 men, led by an “influential man of wealth.”

When the leader of the mob asked the Christians why they had abandoned their tribal religion, Elder Burjo Tadinji answered: “We have known the true living God; we will not leave him. We used to indulge in fights and speak lies, but we do not do all that now. We like this faith, and that is why we follow it.”

Angered by the response, the mob began destroying the church building and manhandling the Christians, Pastor Bibudhan Pradhan told Morning Star News. The church was reduced to rubble, and Tadinji’s adjoining home was also damaged. The mob tore the clothes of one Christian and with a stone broke the mobile phone of another Christian who was recording the attack.

“They threatened to chase them out of their homes and the village if they reported the matter to the police,” the pastor told Morning Star News.

The mob’s leader, whose name was withheld to protect area Christians, then warned them not to report the attack to police.

“If the police come, we will not let you live in the village and we will chase you away,” he said, according to Tadinji.

As a result of the attack, the Christians are afraid to meet: “Fear has gripped their minds, and they need much prayer,” Pradha said, adding that he’s unsure when church services might resume.

Animists worship gods based on ancestors, spirits, and nature. Pradhan said all the villagers are told to sacrifice a chicken to the Hindu deity Shiva every year. In Odisha state, Christians make up less than 2.8% of the population.

“It is in the tribal culture to offer a sacrifice of a chicken while buying land, planting seed, harvesting the land, and other occasions,” he said. “When someone in their homes has fever or illness, they sacrifice a chicken to please the god of nature. They seldomly visit hospitals — only in emergencies. They often visit the witch doctor, who again demands them to perform sacrifice.”

Sukanta Naik, a volunteer for the Evangelical Fellowship of India, told the outlet that Hindu nationalist groups have become active in indoctrinating tribal people, seeking to “drive a wedge” between tribal peoples and Christians. The Hindu nationalists often persuade villagers that those who have left their beliefs and other rituals have betrayed their ancestors, gods, and the country of India.

A recent report from the Evangelical Fellowship of India found that Indian Christians endured at least 327 incidents of persecution in 2020 despite COVID-19 lockdowns.

At least five Christians were murdered and six churches were burned or demolished in religiously motivated attacks. In addition, EFI noted 26 incidents of social boycotts where Christian communities were shunned by their non-Christian neighbors due to their religious identity.

A recent Persecution Trends survey from Release International predicted that in India, intolerance toward Christians and other religious minorities will continue to grow during 2021, largely due to growing Hindu nationalism.

India is ranked No. 10 on Christian support organization Open Doors USA’s 2021 World Watch List of the countries where it’s most difficult to be a Christian.

In India, the Hindu nationalist Bharatiya Janata Party has encouraged persecution of Christians by sanctioning Hindu extremism, Open Doors research found. The party has told its nation that only Hindus are truly Indian, Open Doors CEO David Curry told The Christian Post. Political leaders have discouraged police from responding to attacks on Christians.

“I put the responsibility at the feet of the ruling party, the BJP, which is very nationalistic,” he said, adding that their message to the population has been, “we want India to be a Hindu nation.”

“I have a strong belief that if most Indian citizens knew what was happening in these Christian communities they would vote for different people,” he said.
Sources:Christian Post

Since 2003, Gujarat has been among a handful of states that have enacted an anti-conversion law. According to the Gujarat Freedom of Religion Act, 2003, religious conversions done through force, allurement, or by fraudulent means are illegal and criminalized.

Several departments in the Gujarat government have been asked to look into the legality of the new anti-conversion law and how it will affect the 2003 Gujarat Freedom of Religion Act.

“Our existing law has a provision to act against a person who indulges in forced conversion in the name of love or marriage,” government sources told the Times of India. “However, the state government has been seeking feedback from elected legislators as well as groups from society on whether there ought to be stricter provisions to contain ‘love jihad’.”

Recently, Uttar Pradesh and Madhya Pradesh enacted anti-conversion ordinances. Both state governments, led by the BJP, claim the ordinances were enacted to combat the issue of ‘love jihad’ and other fraudulent religious conversions.

In regards to Christianity, India’s own population data does not support this conspiracy. In 1951, the first census after independence, Christians made up 2.3% of India’s population. According to the 2011 census, the most recent census data available, Christians still make up 2.3% of the population.

Donald Trump has delivered a “mission accomplished” valedictory address that failed to name Joe Biden or acknowledge the legitimacy of...

Imitation is the best form of flattery and somehow China and Dubai are getting increasingly good at it. Whether it...