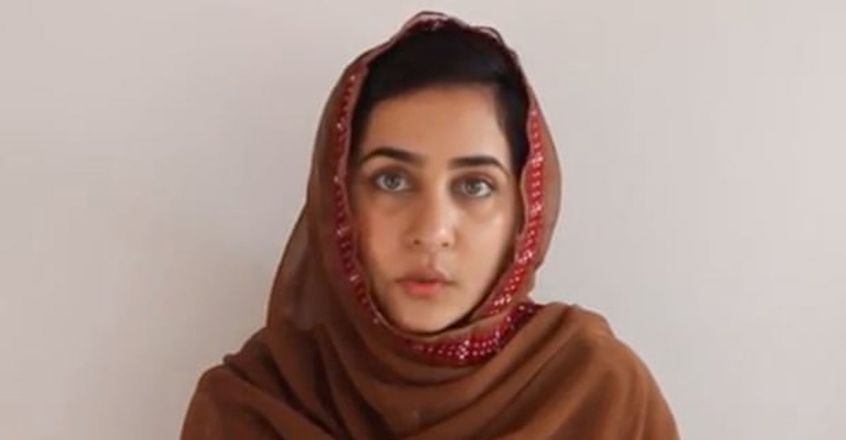 Police say they have found the body of a Pakistani dissident living in the Canadian city of Toronto on refugee status, with rights group Amnesty International and others calling for a full and transparent investigation into the circumstances surrounding her death.

The body of 37-year-old Karima Mehrab Baloch was found on Monday evening, although no immediate cause of death was given by police, said Lateef Johar Baloch, a rights activist.

“I am with her family and I was there when police came to us and confirmed that they found her body,” Lateef Baloch told .

“It is confirmed that she is dead, and her body was found from water near Toronto.”

A Toronto police spokesperson confirmed the body of a 37-year-old woman had been located on Monday.

“It is currently being investigated as a non-criminal death and there are not believed to be any suspicious circumstances,” said Caroline de Kloet, a police media relations officer.

Karima had earlier been reported missing by Toronto police, having last been seen at about 3pm local time (20:00 GMT) on Sunday in the Bay Street and Queens Quay West area, according to a police statement.

Rights groups and Pakistani rights activists, particularly those living on asylum status in foreign countries, have called for a thorough investigation into her death, alleging it may have been carried out by state actors.

Karima was a prominent ethnic Baloch rights activist, having led the Baloch Student Organisation’s Azad faction (BSO-A), an organisation at the forefront of the political movement calling for the independence of Pakistan’s ethnic Baloch areas and documenting alleged human rights violations there.

Baloch activists, particularly those calling for independence, have been subject for years to a sustained and documented campaign of enforced disappearances and extrajudicial killings, local and international rights groups say.

Located in Pakistan’s southwest, Balochistan is the country’s largest but least populated province and is rich in minerals and other resources.

Baloch rights groups have long decried what they term Pakistan’s extractive policy towards the region, mining it for resources but leaving it languishing at the bottom of most socioeconomic indicators in the South Asian country.

Pakistan’s military routinely denies allegations of rights abuses, saying most of the region’s “missing people” are members of armed groups who fled their homes voluntarily.

Karima was one of the most prominent voices calling for justice for political activists who were allegedly abducted or killed by Pakistan’s intelligence services. She took over the leadership of the BSO-A after the disappearance of its previous head, Zahid Baloch, in 2014.

In 2016, the BBC named her as one of its 100 “inspirational and influential women” for that year, citing her activism.

Facing threats to her life, she fled to Canada and was granted permanent political asylum in 2017.

New York: A day after US President Joe Biden joked that Indian-Americans were taking over the US, he appointed two of them as special assistants for advising him on domestic policies.

The White House on Friday released the announcement by Biden and Vice President Kamala Harris appointing Chiraag Bains and Pronita Gupta to those positions on the Domestic Policy Council. Both of them had served in the administration of former President Barack Obama, when Biden was the Vice President.

The duo joins more than 20 Indian-Americans who have been appointed by Biden to senior positions in his administration. They will not require Senate confirmation as they will be on the President’s staff.

Bains worked in the Justice Department’s Civil Rights Division, first as a prosecutor of civil rights crimes and then as senior counsel to the assistant attorney general.

He was one of the investigators and prosecutors in the federal case against the city of Ferguson for civil rights violations over the shooting of an African American teenager by a white police officer in 2014 that led to nationwide protests and riots.

He was recently the director of legal strategies at Demos, a national public policy organisation, where he led voting rights litigation. Before that, he was a senior fellow at the Harvard Law School and a clerk for a federal judge.

A key component of Biden’s election manifesto is criminal justice reform to ensure that minorities are not treated unfairly by laws and law enforcement agencies.

Gupta was the deputy director of the Labour Department’s Women’s Bureau in the Obama administration.

She was recently the director of job quality for the Center for Law and Social Policy.

Her previous jobs included stints as research director for Asian Americans/Pacific Islanders in Philanthropy and for the Living Wage Campaign at the LA Alliance for a New Economy.

While congratulating Swati Mohan, the NASA engineer who guided the Mars rover Perseverance to a soft landing on the planet, Biden had said on Thursday, “Indian-descent Americans are taking over this country — you, my vice president, my speechwriter Vinay (Reddy). But I tell you what, thanks. You guys are incredible.”

On Wednesday, Biden had announced the appointment of a Pakistani American, Dilwar Syed, to be the deputy director of the Small Business Administration.

Biden has a track record of working with Indian-Americans and other Asians to promote their participation in US politics.

He is the co-founder with Shekhar Narasimhan of the AAPI (Asian American Pacific Islander) Victory Fund, which is a political action committee that encourages and helps Asian Americans to run in elections, besides raising funds and mobilising voters.

He is the president and CEO at Lumiata, an Artificial Intelligence company in the healthcare field. 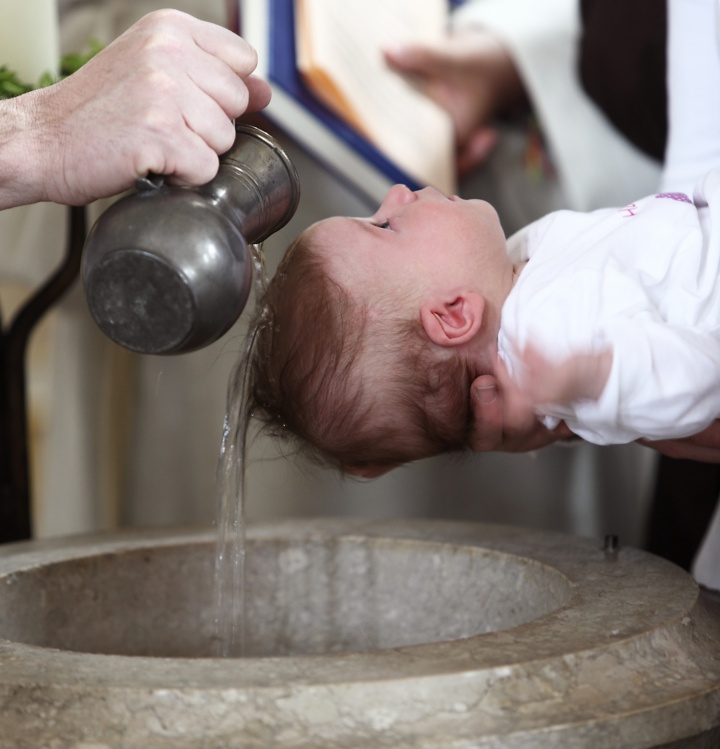 The leadership of the Romanian Orthodox Church has decided not to change its ancient practice of full-immersion baptism of babies despite public outrage that followed the recent death of an infant during christening.

The denomination’s decision-making body, Holy Synod, has announced that the baptism ritual will remain and that it will only urge priests to be more careful when they perform the ritual, according to Radio Free Europe.

“We do not demand the [end] of the practice of baptism but its modification so [babies] are prevented from unnecessary and even absurd risks!” reads an online petition that had gathered over 65,500 names as of Saturday.

The petition, arguing that the tradition involves brutality and should be abolished, was launched by a teacher, Vladimir Dumitru, in response to the death of a 6-week-old baby on Feb. 1 after suffering cardiac arrest while being baptized in a church in the northern town of Suceava.

The priest, identified as Alexandru Mazarache, fully immersed the baby in the water three times in the baptismal font, DW reported earlier. The child first cried, then became still, then the infant’s lips turned blue. The baby was taken to a hospital, where he died a few hours later.

The priest is a suspect in the investigation on charges of involuntary manslaughter. His lawyer, Marcel Balatchi, was quoted as saying that the priest had “performed the ritual according to church canons.”

Romania’s ombudsman has suggested some health and safety measures to the church, including increasing the age of the child for baptism.

A spokesperson for the Orthodox Church, Vasile Banescu, earlier suggested the churches could sprinkle holy water over babies instead of immersing them.

“It is, without a doubt, a tragic case, a case that will have to be investigated. Let’s not imagine that a child can be put in water without covering his nose, mouth and ears,” Banescu told Antena 3. “There is a technique that an experienced priest always uses. This is how a baptism is celebrated with the utmost care.”

Teodosie Petrescu, the archbishop of Tomis in the country’s southeast, had rejected calls for babies to be sprinkled with water. He was quoted as saying earlier that the tradition of immersing a child three times during baptism has carried on for 2 millennia and will continue.

“There’s no way for the ritual to change. These canons of faith will be available for another 1,000 years. That is why we will not change. We’re not intimidated,” Petrescu said.

The archbishop added that babies should be immersed in cold water, which not only “sharpens” their spirituality, but is also suitable for their health.