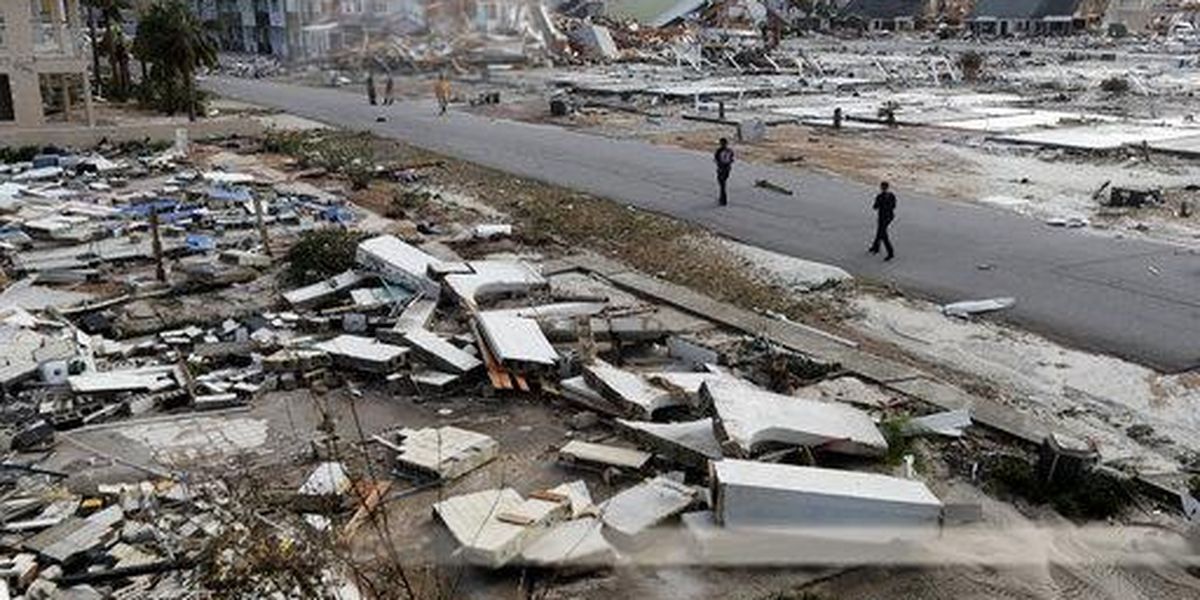 According to the National Hurricane Center, the eye of the storm touched land near Mexico Beach, Florida, on Wednesday afternoon.
Hundreds of thousands were told to evacuate but many have not fled.
Florida Governor Rick Scott warned of “unimaginable devastation”, saying it would be the worst storm in 100 years.
At least 13 people reportedly died in Central America over the weekend as a result of storm rains and floods.
According to the Associated Press, six people were killed in Honduras, four in Nicaragua and three in El Salvador.
Michael is expected to move quickly up the US East Coast, dumping rains on regions that are already saturated from Hurricane Florence last month.
In their latest advisory, the National Hurricane Center warned coastal residents “not to venture out into the relative calm of the eye, as hazardous winds will increase very quickly as the eye passes”.
More than 370,000 people in Florida have been ordered to evacuate and move to higher ground, but officials estimate that far fewer have actually left.
“Do not leave your house,” Florida Governor Rick Scott said on Wednesday, hours before landfall.
“The worst thing you can do now is leave,” he said, adding that those who do “put yourself and your family in danger”.
Federal Emergency Management Agency Director Brock Long told the president at the White House that he was especially concerned about buildings that were built before 2001, and are not able to withstand category three winds.
“We just hope those the structures can hold up. And if not, that they’re not in those structures,” Mr Trump responded.
Florida has declared a state of emergency, as have Alabama and Georgia.

Related Topics:FeaturedStorm Michael
Up Next