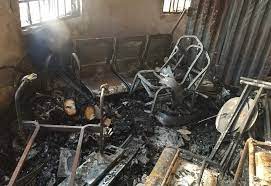 Indonesia – A church in East Batang Uru Village, Sumarorong District, Mamasa, in West Sulawesi province of Indonesia was burned by an unknown person in the wee hours of the morning on Sunday, June 27. Before lighting the building on fire, the perpetrator vandalized the church facilities, including chairs and tables, and broke the church’s windows.

After vandalizing the property, the vandal set fire to Toraja Mamasa Church. According to police, the entirety of the choir room, including many musical instruments and documents belonging to the church, were burned. The incident occurred in the middle of the night while the church was empty, so there were no casualties.

The Mamasa Police launched a temporary investigation alongside the Sumarorong Police Criminal and Investigation Unit. They concluded that the perpetrator acted at night so that no one would detect the blaze. The damage was only discovered when people arrived at the church on Sunday morning to worship.

The police have identified a suspect who is believed to have mental disabilities. Indonesian officials have requested that the residents of the village not be provoked by the incident.
Sources:persecution

Heat wave; The death toll in Canada has crossed 200 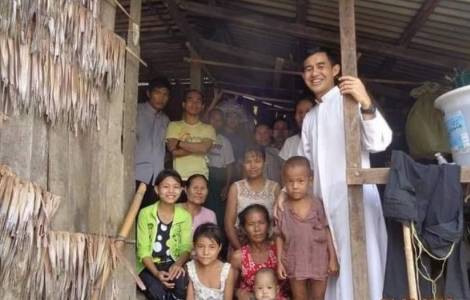 An armed resistance group opposed to Myanmar’s military junta in the western state of Chin has seized a Catholic priest and a catechist travelling with him.

Members of the Chinland Defence Force (CDF) seized Father Noel Hrang Tin Thang along with a catechist while they were travelling from Surkhua town to Chin state capital, Hakha on July 26, UCA News reported. Both belong to Our Lady of the Rosary Parish in Surkhua in Hakha Diocese.

Bishop’s appeal
Local Bishop Lucius Hre Kung of Hakha has called for their release, expressing concern for their safety and well-being nearly a week after their abduction.

“I call on the concerned leaders of the CDF to immediately release the pair,” Bishop Hre Kung said in a letter released on August 1. Local Catholics have also expressed concern and said prayers for the immediate release of the cleric and the catechist.

Father Tin Thang has been helping numerous of displaced people including the elderly, women and children who took refuge in the parish following clashes in early June, according to sources.

Allegations
Following the letter of Bishop Hre Kung, the CDF said the priest and catechist were in good health.

The group accused the priest of giving information to the military junta, getting medical support from the junta and urging locals to receive the junta’s support. The group said it had warned the clergy not to contact the military’s security force, and they had to arrest Father Tin Thang as he failed to comply. “We will release them only after our demands of transferring the priest from Surkhua to Hakha and signing letters of recommendation from two church leaders are fulfilled,” the group said.

However, according to the Italian news agency, AGI, the priest and the catechist were arrested in Hakha while buying medicines for the people of Surkhua. The local community denies Father Tin Thang had any involvement with the security force.

Father Paul Thla Kio, a priest of Hakha Diocese told the Vatican’s Fides news agency that the CDF has seen Father Tin Thang having contacts with a general of the army. Father Thla Kio explained that the general, who is a Catholic and attends Masses, often went to the priests’ residence. In fact, Father Tin Thang asked the general to avoid violence.

Civil resistance groups
The ousting of Myanmar’s leader Aung San Suu Kyi and her elected government by the military on February 1, has thrown the nation into chaos with nationwide protests, strikes and a civil disobedience movement, demanding the restoration of the government and the release of their leader. There have been no signs of a letup in the bloody crackdown by Myanmar’s military on its opponents in a bid to consolidate its hold on power. The offensive has re-ignited the military’s old conflicts with some of the armed ethnic organizations as well as numerous independent civil resistance groups.

The CDF is one of these civil resistance groups fighting the military. Using homemade weapons, the CDF has inflicted heavy casualties among junta forces in a conflict that erupted in Chin state in May. Clashes are still raging and more than 18,000 people have been displaced in Chin state and neighboring Magway and Sagaing divisions, according to a United Nations report on July 30. During the conflict, priests have been targeted, with the military arresting eight priests from Chin and Kachin states and Mandalay division in May and June.

Ethnic Christians
Christians are a minority in the predominantly Buddhist country, accounting for 6.2 percent of its 54 million population. Myanmar Catholics represent about 1.5 percent of the population.

Areas occupied by the Kachin, Chin, Karen and Kayah ethnic groups, who have been facing oppression and persecution at the hands of the military for decades, are largely Christian.

Myanmar’s complex crises
The serious political, socio-economic, human rights and humanitarian crises generated by the coup, have been exacerbated by a raging third wave of Covid-19 infections, with an acute shortage of oxygen and near absence of the most basic healthcare.

Myanmar’s military ruler Min Aung Hlaing marked 6 months since the coup on Sunday by taking on a new title as prime minister of a newly formed caretaker government. The military-backed State Administration Council (SAC) that was formed after the Feb. 1 coup, has now been reformed as a caretaker government. The junta leader promised fresh multi-party elections in 2 years, saying he will cooperate with the Association of Southeast Asian Nations (ASEAN) on finding a political solution to the country. 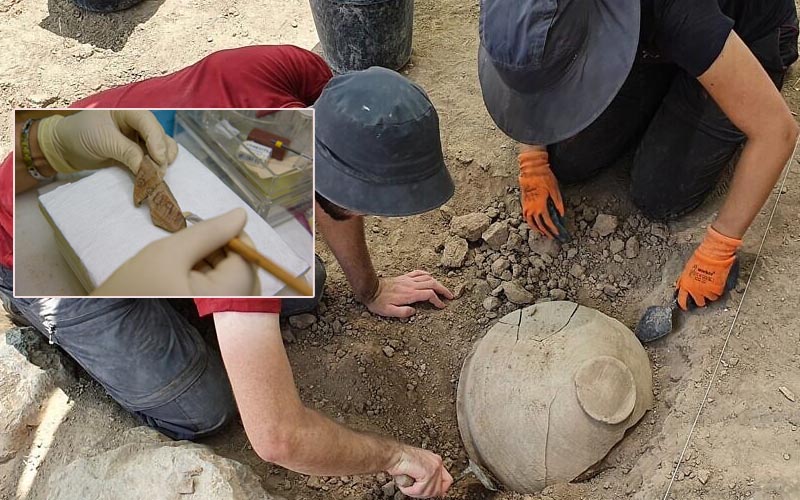 The ancient inscription was found inside a storage pit at Khirbat er-Ra‘I, an archaeological site some 3 km northwest of Tel Lachish in Israel.

It was written in ink on a jug, a small personal pottery vessel that holds approximately one liter, and may well have contained oil, perfume, or medicine.

It contains the letters yod (broken at the top), resh, bet, ayin, and lamed, and remnants of other letters.

“The name ‘Jerubbaal’ is familiar from Biblical tradition in the Book of Judges as an alternative name for the judge Gideon ben Yoash,” said Professor Yossef Garfinkel from the Institute of Archaeology at the Hebrew University and Dr. Saar Ganor from the Israel Antiquities Authority.

“In Biblical tradition, he is then remembered as triumphing over the Midianites, who used to cross over the Jordan to plunder agricultural crops.”

“According to the Bible, Gideon organized a small army of 300 soldiers and attacked the Midianites by night near Ma‘ayan Harod.”

“In view of the geographical distance between the Shephelah and the Jezreel Valley, this inscription may refer to another Jerubbaal and not the Gideon of Biblical tradition, although the possibility cannot be ruled out that the jug belonged to the judge Gideon.”

“In any case, the name Jerubbaal was evidently in common usage at the time of the Biblical Judges.”

Inscriptions from the period of the Judges are extremely rare and almost unparalleled in Israeli archaeology.

“As we know, there is considerable debate as to whether Biblical tradition reflects reality and whether it is faithful to historical memories from the days of the Judges and the days of David,” the archaeologists said.

“The name ‘Jerubbaal’ only appears in the Bible in the period of the Judges, yet now it was also discovered in an archaeological context, in a stratum dating from this period.”

“In a similar manner, the name ‘Ishbaal,’ which is only mentioned in the Bible during the monarchy of King David, was found in strata dated to that period at the site of Khirbat Qeiyafa.”

“The fact that identical names are mentioned in the Bible and also found in inscriptions recovered from archaeological excavations shows that memories were preserved and passed down through the generations.”

India – According to Asia News, a pastor in India’s Madhya Pradesh state was brutally beaten by radical Hindu nationalists....

Army fired back after 3 rockets landed from Lebanon, says Israel

An armed resistance group opposed to Myanmar’s military junta in the western state of Chin has seized a Catholic priest...