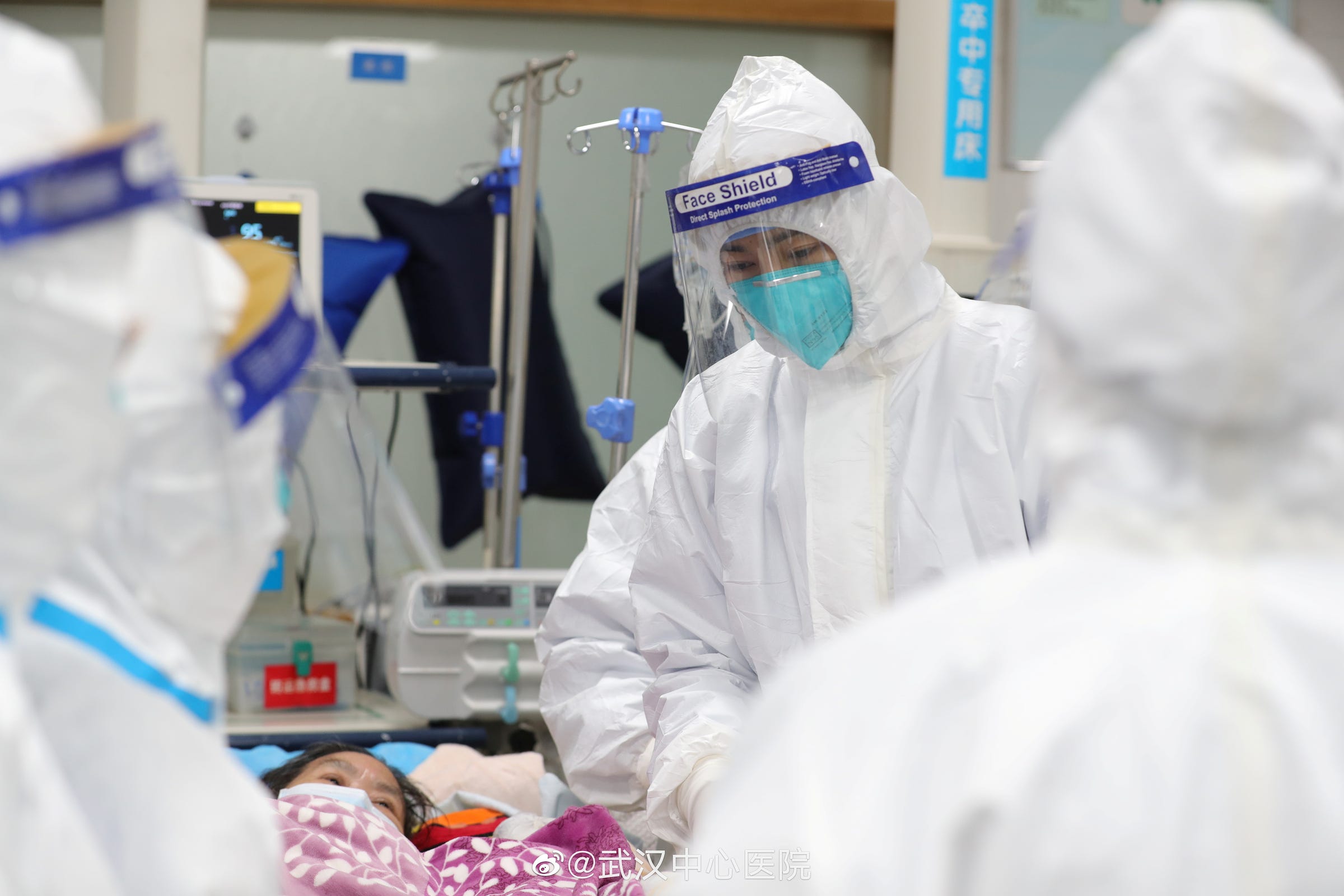 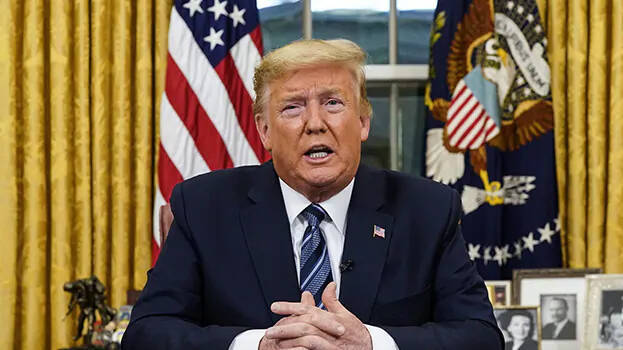 Donald Trump has delivered a “mission accomplished” valedictory address that failed to name Joe Biden or acknowledge the legitimacy of his election victory.

On his last full day at the White House, the outgoing US president released a nearly 20-minute video message in which he spoke from a lectern against a backdrop of four national flags, two busts and two framed paintings.

“We did what we came here to do – and so much more,” said Trump, wearing a dark suit, white shirt and blue tie, as he reeled off a list of achievements and linked them to his signature phrases, “America first” and “make America great again”.

“I took on the tough battles, the hardest fights, the most difficult choices because that’s what you elected me to do. Your needs were my first and last unyielding focus. This, I hope, will be our greatest legacy: together, we put the American people back in charge of our country.”

Critics have said Trump is more likely to be remembered as the first American president in history to be twice impeached, first for pressuring Ukraine for political favours, second for inciting a violent mob to sack the US Capitol and stop Biden’s win being certified.

After four years of firestorms, Trump’s presidency has been fading away, especially after his Twitter feed was abruptly terminated. The video broke a prolonged silence less than 24 hours before he is expected to leave the White House for the last time, early on Wednesday morning.

Before heading to his Mar-a-Lago estate in Florida, Trump will hold a send-off event at the Joint Base Andrews airfield near Washington. His vice-president, Mike Pence, will not be present but will attend Biden’s inauguration instead in what may be interpreted as a pointed gesture.

Trump, who pushed baseless conspiracy theories that the election was stolen from him, has not held a farewell press conference nor welcomed Biden to the White House. He will become the first president in a century and a half to snub his successor’s inauguration. It is not known whether he will leave a handwritten note for Biden in the Oval Office as past occupants have done.

In his remarks, Trump could not bring himself to utter Biden’s name, saying only: “This week, we inaugurate a new administration and pray for its success in keeping America safe and prosperous. We extend our best wishes, and we also want them to have luck – a very important word.”

The reference to “luck” may have been a backward look at the coronavirus, which dramatically ended a run of relative good fortune for the president and smashed his economic record in an election year.

His mishandling of the pandemic response has been widely condemned for making the death toll exponentially worse. It included deliberately minimising the threat, sidelining public health officials, refusing to embrace mask-wearing and suggesting unproven treatments, including the injection of disinfectant.

Even as the US death toll ticked past 400,000 people, the highest in the world, Trump noted that nation had produced two vaccines at record speed. “Another administration would have taken three, four, five, maybe even up to 10 years to develop a vaccine,” he claimed, without evidence. “We did in nine months.”

Long assailed for his lack of empathy, Trump offered: “We grieve for every life lost, and we pledge in their memory to wipe out this horrible pandemic once and for all.”

The president offered no contrition for his role in the insurrection at the Capitol this month, in which five people were killed and rioters paraded the Confederate flag and other symbols of the far right. Earlier on Tuesday, the Senate majority leader, Mitch McConnell, said the mob was “provoked by the president and other powerful people”.

The president said: “All Americans were horrified by the assault on our Capitol. Political violence is an attack on everything we cherish as Americans. It can never be tolerated. Now, more than ever, we must unify around our shared values and rise above the partisan rancor, and forge our common destiny.”

Trump touted his tax cuts, deregulation, trade deals, rebuilding the military and withdrawal from the Paris climate accord, which Biden has pledged to rejoin immediately. He also highlighted the appointment of nearly 300 judges, including three supreme court justices, and construction of more than 450 miles of “powerful new wall” on the US-Mexico border.

Internationally, he claimed: “We revitalised our alliances and rallied the nations of the world to stand up to China like never before.” He added: “I am especially proud to be the first president in decades who has started no new wars.”

Trump is still likely to issue a barrage of last-minute pardons and commutations before he exits. Facing an impeachment trial in the Senate and a possible ban on running for public office, he gave little hint about his future plans.

“I want you to know that the movement we started is only just beginning,” he said. “There’s never been anything like it. The belief that a nation must serve its citizens will not dwindle but instead only grow stronger by the day.”

The address was greeted with widespread scepticism. Ilhan Omar, a Democratic congresswoman from Minnesota, tweeted: “Trump might not have started a war, but he did succeed in making our nation’s capital look like a war zone.” 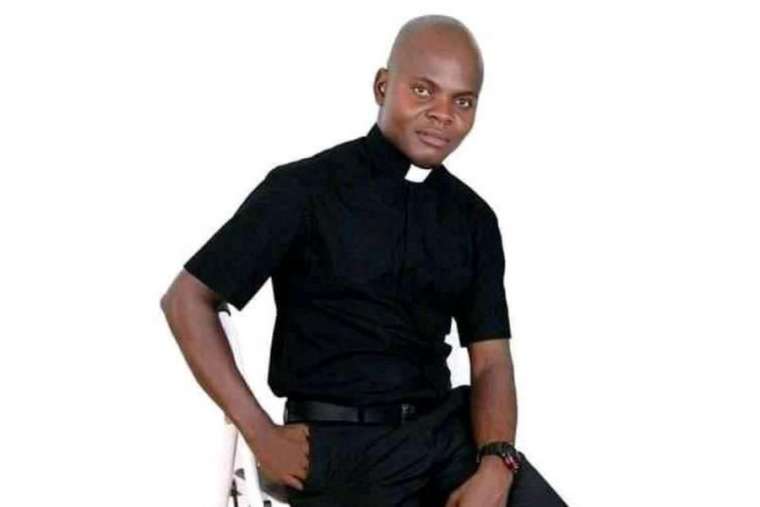 Nigeria :The body of a Catholic priest was discovered in Nigeria on Saturday, a day after he was kidnapped by armed men.

Agenzia Fides, the information service of the Pontifical Mission Societies, reported on Jan. 18 that Fr. John Gbakaan “was allegedly executed with a machete in such a brutal manner that identification was hardly possible.”

The priest of the diocese of Minna, in Nigeria’s Middle Belt, was attacked by unidentified men on the evening of Jan. 15. He was traveling with his younger brother along Lambata-Lapai Road in Niger State following a visit to their mother in Makurdi, Benue State.

Fides reported that the kidnappers at first demanded 30 million naira (around $70,000) for the two brothers’ release, later reducing the figure to five million naira (approximately $12,000).

Local media said that the priest’s body was found tied to a tree on Jan. 16. His vehicle, a Toyota Venza, was also recovered. His brother remains missing.

Local media quoted the Rev. John Joseph Hayab, vice chairman of the Christian Association of Nigeria in northern Nigeria, as saying: “We are simply pleading to the federal government and all security agencies to do whatever it will take to bring this evil to a stop.”

“All we are asking from the government is protection from evil men that are destroying our lives and properties.”

The incident is the latest in a series of abductions of clergy in Africa’s most populous country.

On Dec. 27, Bishop Moses Chikwe, an auxiliary of the archdiocese of Owerri, was abducted alongside his driver. He was released after five days of captivity.

On Dec. 15, Fr. Valentine Oluchukwu Ezeagu, a member of the Sons of Mary Mother of Mercy, was kidnapped in Imo State en route to his father’s funeral in neighboring Anambra State. He was released the following day.

In November, Fr. Matthew Dajo, a priest of the archdiocese of Abuja, was kidnapped and released after 10 days in captivity.

Hayab was quoted as saying that the spate of kidnappings was discouraging young men from pursuing priestly vocations.

“Today in northern Nigeria, many people are living in fear and many young people are afraid to become pastors because pastors’ lives are in great danger,” he said.

“When bandits or kidnappers realize that their victims are priests or pastors, it seems a violent spirit does take over their heart to demand more ransom and in some cases go to the extent of killing the victim.”

News  reported that on Jan 10 Archbishop Ignatius Kaigama of Abuja said that the abductions would give the country “a bad name” internationally.

“Left unchecked by the Nigerian authorities, this shameful and disgusting act will continue to give Nigeria a bad name and scare away visitors and investors to the country,” he said.

Releasing its annual World Watch List report last week, the advocacy group Open Doors said that security in Nigeria had deteriorated to the point that the country had entered the top 10 worst countries for the persecution of Christians.

In December, the U.S. State Department listed Nigeria among the worst countries for religious freedom, describing the West African nation as a “country of particular concern.”

This is a formal designation reserved for nations where the worst violations of religious freedom are taking place, the other countries being China, North Korea, and Saudi Arabia.

The step was praised by the leadership of the Knights of Columbus.

Supreme Knight Carl Anderson said that “Nigeria’s Christians have suffered grievously at the hands of Boko Haram and other groups.”

He suggested that the murders and kidnappings of Christians in Nigeria “verge on genocide.”

He said: “The Christians of Nigeria, both Catholic and Protestant, deserve attention, recognition, and relief now. Nigeria’s Christians should be able to live in peace and practice their faith without fear.”

Donald Trump has delivered a “mission accomplished” valedictory address that failed to name Joe Biden or acknowledge the legitimacy of...

Imitation is the best form of flattery and somehow China and Dubai are getting increasingly good at it. Whether it...