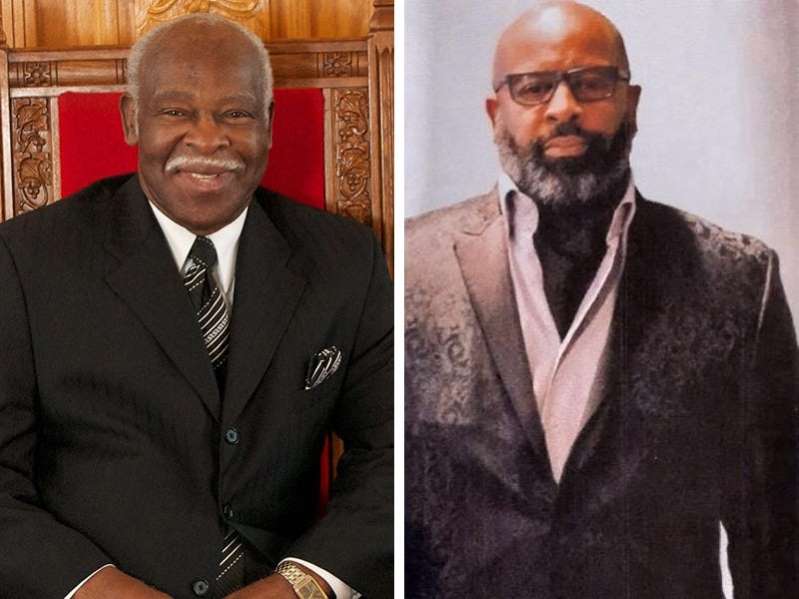 Members of the New St. Luke Missionary Baptist Church of Detroit are begging God for a miraculous end to the coronavirus pandemic after their pastor, the Rev. Nathaniel Slappey Sr., and his son, Nathaniel Slappey Jr., died just days apart from the disease.

Slappey Sr., 80, died April 30, while his son, Slappey Jr., a girls basketball coach at Detroit Country Day School and a graphic artist and designer, died May 2 just days shy of his 50th birthday.

On May 1, the church announced the death of their pastor who served for 50 years, calling him a “true man of God.”

“Yesterday our pastor, Rev. Dr. Nathaniel Slappey, made his transition and is resting now, and for eternity, in the arms of Jesus. He was a true man of God and stood steadfast and unmovable on the Word. His love for New St. Luke MBC and all of its members will live on in our hearts and minds forever. We thank you, Pastor Slappey, for 50 years of unwavering love, faithfulness, and dedication in teaching us ‘thus saith the Lord…,’” their announcement on Facebook said.

The following day, May 2, when Slappey Jr. died, the grieving church publicly begged God to end the pandemic.

“Dear God, our hearts are heavy because there are so many sick and dying. Please bring this pandemic to an end. We need a miracle. Amen,” the prayer said.

A day later they announced the death of their pastor’s eldest son.“The family of the late Pastor Nathaniel Slappey and the NSL church family have experienced another heartbreaking loss. It is with great sorrow that we announce the passing of Pastor and Sis. Josephine Slappey’s eldest son, Nathaniel Jr. He made his transition yesterday and we know, that like his father, he is resting in the arms of Jesus now and for eternity. Please continue to pray for the Slappey family’s comfort and strength. God Is Able,” they noted on Facebook.

A somber memorial service broadcast on Facebook Live was held for both men inside the church’s sanctuary Tuesday. It was attended in-person only by immediate family members due to social distancing restrictions.

“I never would have thought in a million years that I would bury my husband and a son on the same day,” Josephine Slappey, who along with her husband had five children, six grandchildren and four great-grandchildren, told The Detroit Free Press.

Wallace Mills told the publication that Slappey Sr. had started a program called the Early Start Mission aimed at getting young people off the streets and in the church. It also helped feed and clothe less fortunate people.

It was Slapper Sr., said Mills, who helped him change his life.

“I was always getting into fights,” Mills said. “One day he sat me down and he told me: ‘You don’t always win battles by fighting. You win battles by sharpening your mind and then making a difference in your community.’ ”

“I often tell people I’m in the places I’m in because he laid the foundation and he kept pouring into me and others, and teaching us to pour into others,” Mills told The Detroit Free Press. “A lot of doors opened to me because of pastor’s guidance and teaching.”

Nathaniel Slappey III said his father, Slappey Jr., who had three sons, had followed Slapper Sr.’s footsteps to become a family man who served his community.

Reports of the deaths of dozens of pastors and members of predominantly black churches have not been uncommon during the pandemic. Last month, the Rev. Johnnie Green of Mount Neboh Baptist Church in Harlem, New York, who himself recovered from the coronavirus,that at his church alone 13 members had died in 30 days and all but two of them died due to complications from the virus.

Preliminary data released by New York City on April 6 showed that the coronavirus was killing Latino and black residents at twice the rate that it was killing whites or Asians. Nationwide data also reflected a similar trend. 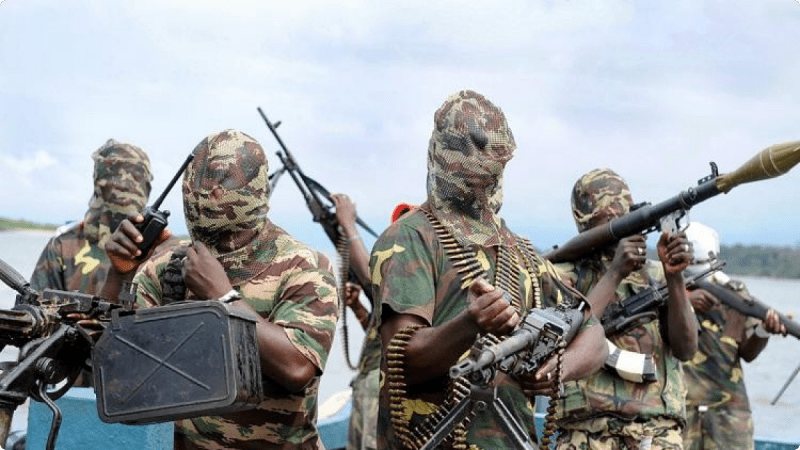 Nigeria – According to The Morning Star News, Fulani herdsmen shot and killed 65-year-old Mati Sani, a lay-leader of Evangelical Church Winning All (ECWA) and abducted three Christians while hospitalizing another. The attack occurred in Kankara County, Katsina state, in the early morning hours of February 16th.

Mati Sani’s son, Reverend Ali Mati, was paraphrased in a Morning Star News report: “’Fulani Bandits’ also abducted Ibrahim Lawal, Mamar Rahila and Hafsat Yusuf, besides shooting and wounding Danjuma Sani Mati, who was receiving treatment at the Federal Medical Center in the city of Katsina. The victims are all Christians who are related to each other” said Mati.

This past December, Kankara County was also attacked by Fulani militant herdsmen when students at the Government Secondary School were abducted, only to be released after a government paid ransom.

The United Kingdom’s All-Party Parliamentary Group for International Freedom or Belief, (APPG), commented on Nigeria’s lack of governmental control over killer Fulani: “In 2015, Muhammadu Buhari, a Fulani, was elected president of Nigeria…he has done virtually nothing to address the behavior of his fellow tribesmen in the Middle Belt and in the south of the country”. On December 7th, The U.S. State Department added Nigeria to their list of Countries of Particular Concern for tolerating “systematic, ongoing, egregious violations of religious freedom.”

Please pray for President Muhammadu Buhari and the Nigerian government, that God will give them the wisdom and strength to eradicate corruption in their political systems. Please join us in praying for our brothers and sisters in Nigeria, for the Lord to strengthen the Nigerian church and heal His persecuted children of their trauma. Please also pray for the souls of those who persecute the church, that all will repent and find salvation in Christ.
Sources:persecution

India – In January 2021, Raja Kartami, a 20-year-old Christian from India’s Odisha state, was falsely accused of violating the...

Nigeria – According to The Morning Star News, Fulani herdsmen shot and killed 65-year-old Mati Sani, a lay-leader of Evangelical...

The world’s largest cricket stadium at Motera in Ahmedabad was renamed the Narendra Modi Stadium and inaugurated on Wednesday by...