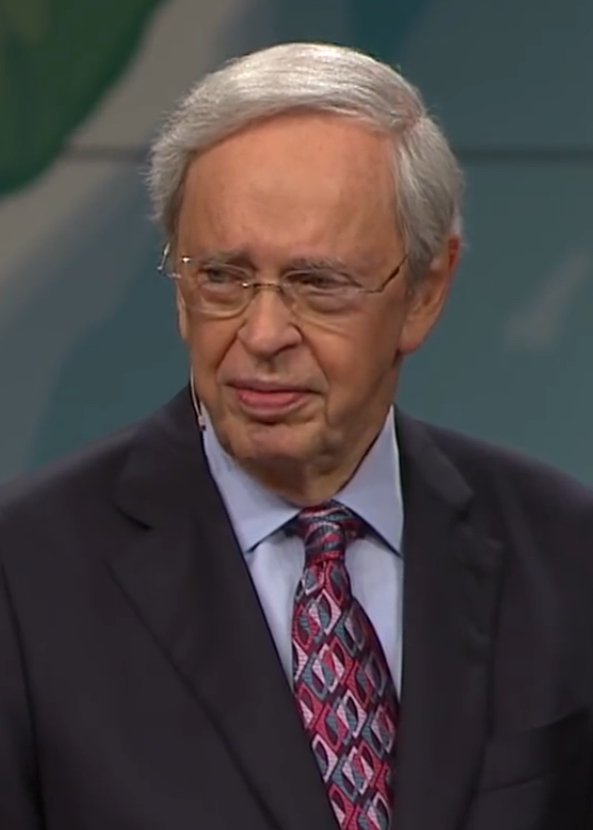 After nearly 50 years of serving as senior pastor at First Baptist Church Atlanta, Charles Stanley announced during a pre-recorded streaming service on Sunday that he is stepping down. The megachurch said Stanley will be replaced by Dr. Anthony George.

“Earlier this month, I informed the board that I felt the time had come for me to step down as senior pastor,” Stanley said. “I have many wonderful memories. But as much as I love being your pastor, I know in my heart this season has come to an end.”

Stanley, a former president of the Southern Baptist Convention and who will turn 88 later this month, will become pastor emeritus. “To say I didn’t rush this decision would certainly be an understatement,” he said.

Stanley, who’s been with First Baptist since 1969, said he’s not retiring and will remain active with In Touch Ministries, which was founded in 1992.

The church said in a statement on its Facebook page, “We are forever indebted to this man of God—not only our faithful pastor, but also a pastor to millions around the world.”

“You have stood tall and confident through all these years while at the same time remaining dependent and prayerful before an almighty God. Because you were a yielded vessel the Gospel of Jesus Christ, through you, has blanketed this globe. Truly, God has been with you wheresoever you have gone.”

In his message, Stanley said he was “so grateful” for George. “Thanks to Anthony’s leadership and his love for you and his love for God. I have no doubt that there are many great days ahead for the First Baptist Church of Atlanta. My hope is that the greatest days are still ahead.”

A former senior pastor of Aloma Church in Winter Park, Florida, for one and a half decades, George said he plans to “do some serious strategic planning for updating our church’s organizational structure and ministry model.”

Stanley had to be hospitalized twice last year, George recalled, according to The Atlanta Journal-Constitution.

“After coming home from the hospital each of those times, he had me over to his house to tell me it was time for him to step down,” George said. “As he recovered and regained his strength following each of those conversations, he let me know that he had changed his mind and planned on remaining as senior pastor. Then at the beginning of this year, he had me over to discuss it, only to back down again and say that the timing wasn’t right. So even with the back and forth, I knew it was weighing heavily on his mind. And for the record, I have always discouraged him from stepping down.”

David P. Gushee, a professor at Mercer University and director of the Center for Theology and Public Life, called Stanley “one of the giants of conservative Southern Baptist life for the last generation or more,” according to AJC. He said Stanley’s commitment to staying in “one place and serving as a faithful pastor in that one community is just something you don’t see anymore.”
Sources: Christian Post

The Israel Antiquities Authority announced the discovery of a rare oil lamp, with its wick still preserved, from under the foundation of a building erected on Jerusalem’s famed Pilgrimage Road soon after the destruction of the Second Temple almost 2,000 years ago.

The IAA researchers believe the bronze lamp, shaped like a grotesque face cut in half and estimated to be from the late first century or the early second century CE, was put in the foundation of the building in Jerusalem’s City of David for good fortune, The Times of Israel reported.

“It is possible that the importance of the building, and the need to bless its activity with luck by burying a foundation deposit, was due to its proximity to the Siloam Pool, which was also used in the Roman period as the central source of water within the city,” IAA archaeologist Ari Levy told The Jerusalem Post.

Speaking to Haaretz, Levy explained, “Foundation deposits, in general, go back to the dim reaches of antiquity. It was accepted in construction in general, to bring luck and symbolic defense of the building — and to cast fear and awe on attackers. Its significance was highly symbolic, not functional.”

Haaretz said the lamp featured a goaty male half-face complete with (half a) satyr’s beard and a horned forehead.

Only one other such lamp has ever been found in an archaeological context — and that was in Budapest, according to Levy.

Experts believe that Pilgrimage Road, where the building had been erected, is the path ancient Jews walked to reach the Temple Mount three times a year — in the festivals of Passover, Shavuot and Sukkot.

“The street was built during the period of Governor Pontius Pilates,” Levy said. “It was inaugurated around the year 30 CE and it was used for about 40 years until the Temple was destroyed in 70 CE.”

Baruch added: “Decorated bronze oil lamps were discovered throughout the Roman Empire. For the most part, such oil lamps stood on stylish candelabras or were hung on a chain. Collections around the world contain thousands of these bronze lamps, many of which were made in intricate shapes, indicating the artistic freedom that Roman metal artists possessed.”
Sources:Christian Post