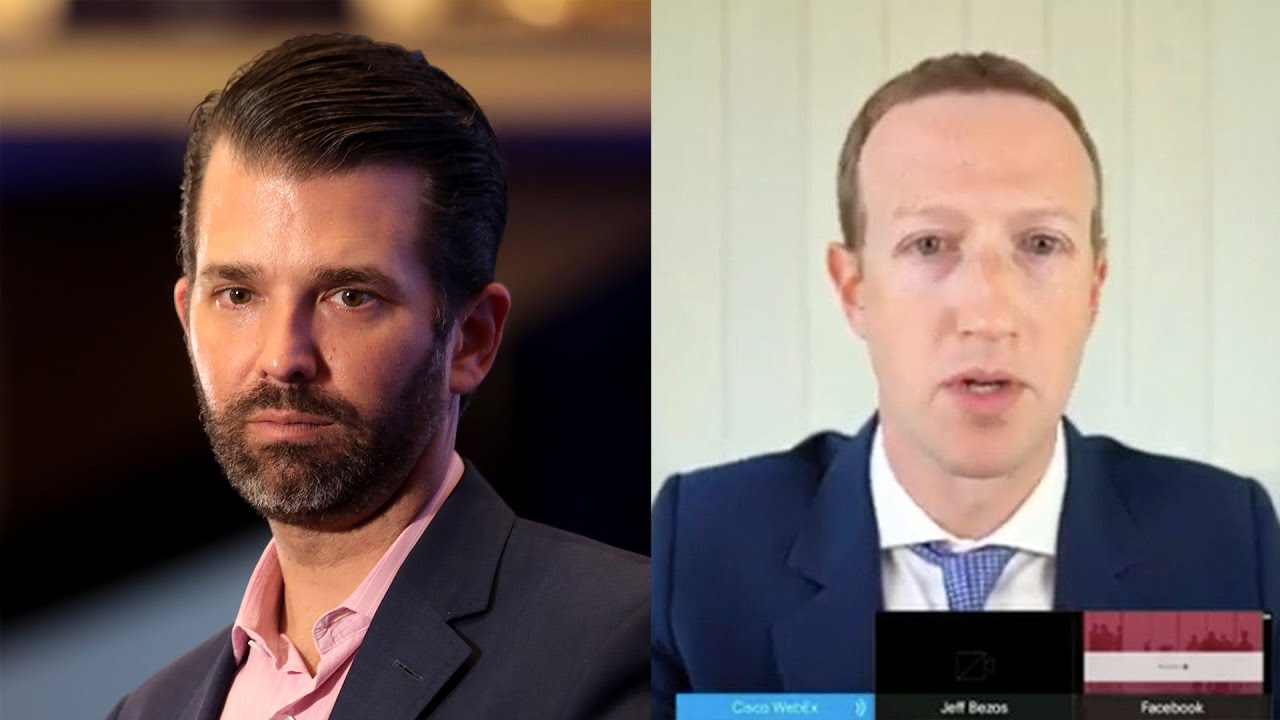 The tweet, which featured a viral video showing a group of doctors making misleading and false claims about the coronavirus pandemic, was directly tweeted by Trump Jr.’s account. That contrasts with his father, who retweeted multiple tweets from others showing clips of the same video to his 84.2 million followers Monday night.

Twitter removed the videos, deleting several of the tweets that President Trump shared, and added a note to its trending topics warning about the potential risks of hydroxychloroquine use.

“Tweets with the video are in violation of our covid-19 misinformation policy,” Liz Kelley, a spokeswoman for Twitter.

Donald Trump Jr. spokesman Andy Surabian said the restriction was “further proof that Big Tech is intent on killing free expression online and is another instance of them committing election interference to stifle Republican voices.” The White House did not respond to a request for comment.

Trump addressed the video at his press briefing Tuesday afternoon and reiterated his support for hydroxychloroquine.

“There was a group of doctors yesterday, a large group, that were put on the internet and for some reason the internet wanted to take them down and took them off,” he said. “…I don’t know why, I think they’re very respected doctors.” He added of Twitter, Facebook and other companies that removed the video, “maybe they had a good reason, maybe they didn’t, I dont know.”

It’s the first time Trump Jr. has had his tweeting privileges removed by the company, although Rudolph W. Giuliani, a fellow surrogate for the president, had his account temporarily locked in March for tweeting misinformation about hydroxychloroquine. Trump Jr. retweeted a tweet from his father’s reelection campaign earlier this year that Twitter labeled as violating its policy on manipulated media.

President Trump has not faced the same tweeting lockout, but Twitter has attached warning labels to five of his tweets in the past two months for running up against the site’s rules.

Trump shared clips from the video — which claims that masks and shutdowns are not needed to stop the spread of the virus — as he shared 14 tweets over half an hour defending the use of hydroxychloroquine, an antimalarial drug that the president has repeatedly promoted, and attacking Anthony S. Fauci, the nation’s top infectious-diseases expert.

On Monday evening, Facebook scrubbed from its site the same viral video after more than 14 million people watched it. Facebook was still removing posts of the video Tuesday morning. YouTube said it also removed the video.

Tropical Storm Isaias forms and could affect Florida this weekend 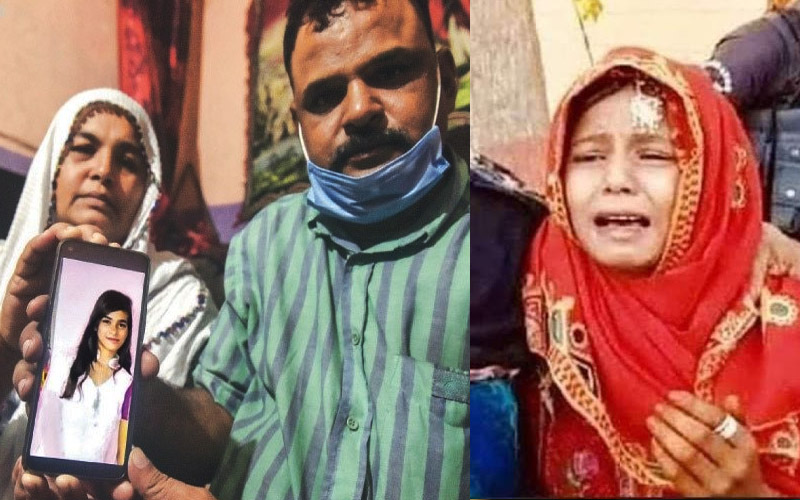 Pakistan – On Monday, November 23, the High Court in Sindh ordered that Arzoo Raja, a 13-year-old Christian girl allegedly abducted and illegally married to a 44-year-old Muslim man, remain in a government shelter home until she turns 18.

On October 13, Arzoo was allegedly abducted from her family home in Karachi by Ali Azhar, her Muslim neighbor. Arzoo’s parents reported the incident to local police and were informed two days later that their daughter had converted to Islam and married Azhar.

Arzoo’s parents challenged the validity of the marriage claiming it violated the Sindh Child Marriage Restraint Act. However, on October 27, the court ruled in favor of the marriage and order local police to protect Arzoo and Azhar.

On November 2, police were ordered by the High Court in Sindh to recover Arzoo and arrest Azhar. This came after Pakistan’s Minister for Human Rights became involved in the case as an intervener. Arzoo was taken to a women’s shelter and Azhar was arrested.

On November 9, the High Court in Sindh ruled that Arzoo was a minor and that her marriage to Azhar violated the Sindh Child Marriage Restraint Act. Arzoo returned to the women’s shelter after she refused to reunite with her family and insisted that she had freely chosen to marry Azhar.

On November 23, the High Court in Sindh declined to dismiss the criminal charges against Azhar in addition to ordering Arzoo remain in the government shelter home.

“I believe it is a good verdict, because the court has not quashed the FIR registered by Arzoo’s father and statutory rape of a minor has been added to it, a crime punishable with life imprisonment or death sentence,” Jibran Nasir, the Christian family’s attorney, told Morning Star News. “Arzoo will remain in the shelter home and reconsider her decision to not live with her parents.”

“Please understand that Arzoo is reluctant to live with her parents because of the consistent brainwashing done by the accused and certain community activists for ulterior motives,” Nasir added. 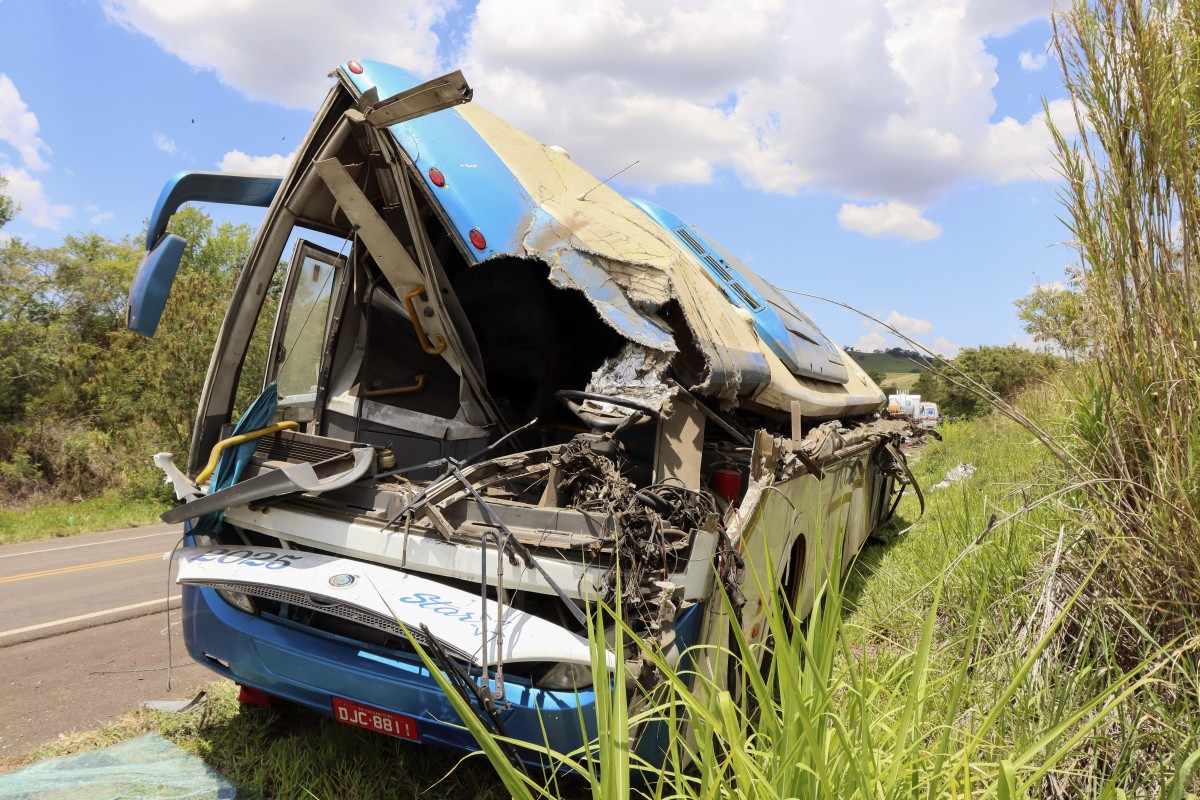 At least 41 people were killed and 10 injured on Wednesday when a bus and a truck crashed in southeastern Brazil, police said.
The bus, which was carrying employees on their way to work at a textile factory, collided with the truck just before 7am on a motorway outside the town of Taguai, in Sao Paulo state, police said.
“There were bodies everywhere” when rescuers arrived at the scene, a police source said.
“It was impossible to tell who had been in the truck and who had been in the bus,” he added.
Authorities are still investigating the cause of the crash. The death toll, initially reported as 32, was expected to rise further, state police said in a statement.
“We know there are more victims in the wreckage of the vehicles, but we don’t know how many,” it said.
Police said 37 people were killed at the scene. Four more died of their injuries in hospital. Another nine people are in serious condition, they said.

“In a situation like this, blood transfusions are essential, and the worst part is that stocks are down because of the coronavirus pandemic,” state health secretary Jean Gorinchteyn told television network Globo News.
Images from the scene showed the vehicles smashed into pieces, debris strewn across the road. The front end of the bus was completely torn off.
Dozens of rescuers were still busy at the scene. Taguai is about 340km (211 miles) west of Sao Paulo, Brazil’s biggest city and economic capital.

“I want to send my condolences to the families and friends of the victims of this very terrible accident,” said Sao Paulo Governor Joao Doria.
Local media reports said there were 53 people on the bus. The truck driver reportedly survived.
The crash was one of the worst in recent memory in Brazil, where 5,332 people died in road accidents last year.

At least 41 people were killed and 10 injured on Wednesday when a bus and a truck crashed in...