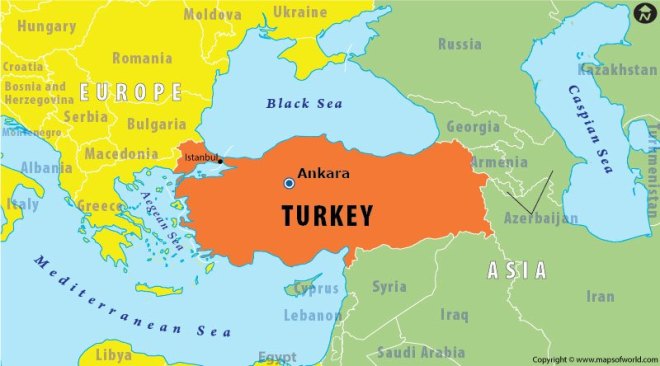 Christian human rights leaders have called on the Trump administration to issue sanctions on Turkey in response to its actions in the Azerbaijan-Armenia conflict, and warned that Turkish actions were guided by “animus” against Christians.

The calls came during a panel discussion, hosted by the group In Defence of Christians Friday, titled “Turkey is Committing Another Christian Genocide. Why is the Trump Administration Silent?” The event focused on Turkish actions in the recent conflict between Azerbaijan and Armenia.

The historic conflict between Armenia and Azerbaijan has reignited in recent weeks. The two countries, formerly part of the Soviet Union (USSR), fought a six-year war over the territory from 1988 to 1994 after the fall of the USSR, ending in a ceasefire. The United Nations currently recognizes the territory as part of Azerbaijan, but administered by ethnic Armenians. Turkey has been accused of actively exporting Syrian Islamist extremists to Azerbaijan to fight Armenia.

Friday’s discussion featured panelists Toufic Baaklini, president of In Defense of Christians; Aram Hamparian, executive director of the Armenian National Committee of America; Robert Avetisyan, Permanent Representative of the Nagorno Karabakh Republic to the United States; Michael Rubin of the American Enterprise Institute; Rich Ghazal of In Defense of Christians; and Endy Zemenides of the Hellenic American Leadership Council.

Turkey, said Baaklini, is a dangerous actor, and “We expect the Trump Administration to take action.” He said that the current policy towards Turkey is not working, and that “President Trump and Congress need to heavily sanction Turkey” in light of their hostility towards Christians.

Several of the panelists called for sanctions in response to Turkish violations of international agreements.

In October 2019, explained Ghazal, sanctions were lifted after Turkey agreed to a cease-fire in northeast Syria. Since then, however, “Turkey has violated this U.S.-brokered ceasefire over 800 times,” Ghazal said.

On Oct. 8, militants shelled a cathedral of the Armenian Apostolic Church in the disputed territory of Nagorno-Karabakh, destroying part of the roof and damaging the walls of Holy Savior Cathedral in Shusha. Nagorno-Karabakh officially belongs to Azerbaijan, but it is also claimed by the unrecognized Republic of Artsakh.

Armenians said that Turkish-backed forces from Azerbaijan were behind the attack.

The attack on the cathedral drew condemnation from Christian leaders and religious freedom advocates.

The U.S. Commission on International Religious Freedom stated last week that it was “dismayed to learn” of damage to the cathedral, and called for “the safeguarding of places of worship and religious sites.”

Avetisyan said the present conflict is “unprecedented,” and that it is mercenaries hired by Turkey, not jihadists, who are behind much of the violence.

He called for the recognition of Artsakh, which has presently not been recognized by any United Nations member states, saying that it would send a message to Azerbaijan.

While Turkey has been given a pass for their past behavior, Rubin explained, there was “absolutely no excuse” for what is currently happening in Artsakh.

Turkey, he said, has no historical claim to Artsakh, nor does it have any history with the region. Rubin said that Turkey’s “sole motivation” in the conflict has been “purely animus.”

This animus, he said, extends “not to Armenians as a people, but to Christianity as a religion.”

“It becomes clear that perhaps we shouldn’t accept Turkey’s excuses anymore,” he said and said that the country has been “actively supporting” the Islamic State.

Zemenides and Ghazal both pointed out that the dwindling number of Christians in the region is akin to the accepted definition of genocide.

Zemenides stated that “the existence of Artsakh is an inconvenience” for Turkey, and noted that there are now fewer than 2,000 Greek Orthodox Christians in the country, and called its treatment of Christian minorities a “stain” on all western countries who are not speaking up for the Christians in the region.

Rubin classified President Donald Trump’s relationship with Turkish President Recep Tayyip Erdoğan as “absolutely bizarre,” and called for further action. There is a need for Congress to be “more assertive,” when it comes to Turkey he said, and this applies to both political parties.

“Congress has to stop allowing the White House to hand out waivers,” he said.

Ghazal further called for Turkey to be designated a “Country of Particular Concern” by the Office of International Religious Freedom, although he noted that it is up to the Department of State to make this call.

The U.S., he said, “Must take action in the form of tough, biting sanctions and a discontinuation of military aid.” 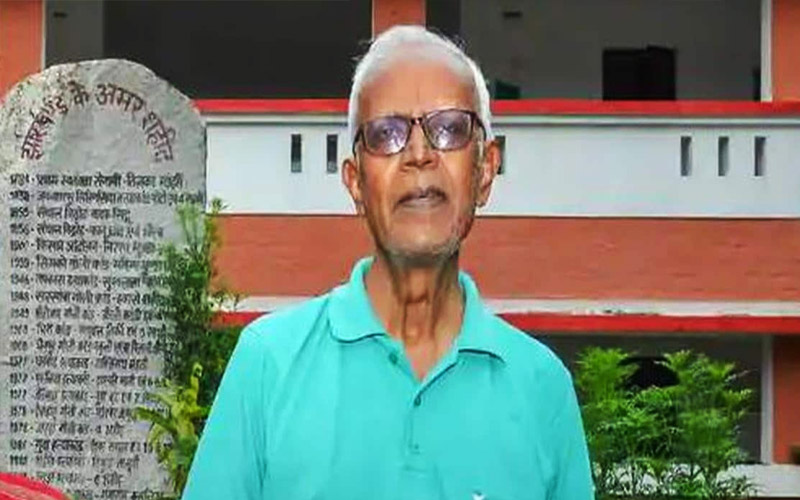 India– According to The Christian Post, Christian leaders in India have called for the release of an 83-year-old Jesuit priest who was arrested and charged with being a Maoist or extremist Marxist. According to church leaders, the priest was arrested for his work protecting the rights of India’s aboriginal people.

On October 8, the National Investigation Agency (NIA) arrested Father Stan Swamy from his home in India’s Jharkhand state. Two day before the arrest, Fr. Swamy posted a video to YouTube saying he feared he would be arrested because he fought against the government’s indiscriminate arrest of thousands of young aboriginal people who protested against business projects taking their land.

The government falsely claimed these protests were part of an outlawed Maoist group’s operations. However, Fr. Swamy has documented the displacement of aboriginal people as a result of commercial projects like mining, the construction of industrial units, and the construction of dams.

“During the past three decades I have tried to identify myself with the Adivasi (aboriginal) people and their struggle for a life of dignity and self-respect,” Fr. Swamy said in the video. “As a writer, I have tried to analyze the different issues they are faced with. In the process, I have clearly expressed dissent with several policies enacted by the government in light of the Constitution.”

Christian leaders in India have express grave concern over the arrest of Fr. Swamy. They have called on the Indian government to immediately release the elderly priest.
Sources:persecution

Insight Church Pastor James E. Ward Jr. says he is on a mission to bring racial healing to the nation...

Christian human rights leaders have called on the Trump administration to issue sanctions on Turkey in response to its...

India– According to The Christian Post, Christian leaders in India have called for the release of an 83-year-old Jesuit priest...