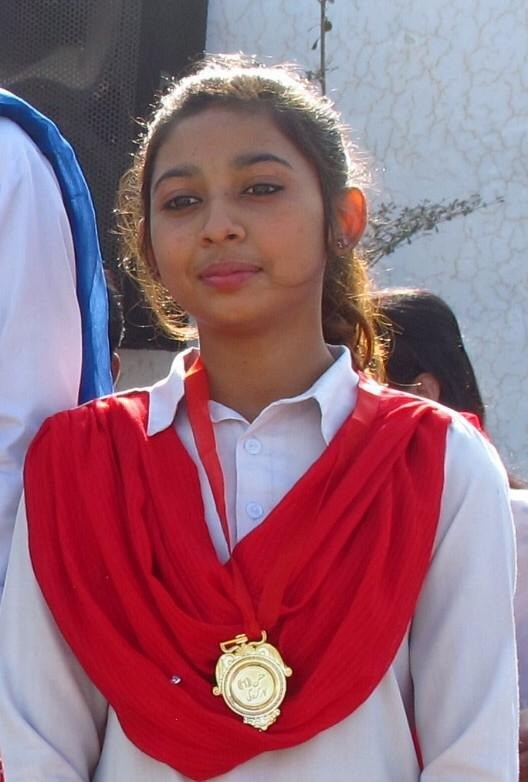 Rome — Maira Shahbaz was 14 years old when she was kidnapped and forced to convert to Islam last year.

The girl – a Catholic – was had been raped, then forced by the Lahore High Court to marry one of her abductors. She’s one of an estimated 1,000 Christian and Hindu girls who are kidnapped, forced to convert and marry their captors in Pakistan each year.

The papal charity Aid to the Church in Need (ACN) is asking the UK Prime Minister, Boris Johnson, to grant Shahbaz asylum: She managed to escape her captors, but after receiving a series of death threats, both her and her family were forced to go into hiding.

On April 28, 2020, in Medina Town, Pakistan, Shahbaz was bundled into a car at gunpoint by three men. She was filmed and photographed being raped and was then forced to convert to Islam and marry Mohamad Nakash Tariq.

Her case went to court and she was placed in a women’s shelter, before the Lahore High Court judged that she should be returned to Nakash because she had supposedly embraced Islam.

She returned to his home but managed to escape four months later. Speaking with the police at the time, she said her abductors had “threatened to murder my whole family” and shared pictures and videos that show her being raped.

Her captor answered by accusing her of apostasy, a crime punishable with death in the Muslim-majority country. He also requested the arrest of the victim’s mother, her uncles, and a friend of the family, claiming that they had kidnapped the girl and taken her away from his home.

Shahbaz told the police that she hadn’t converted from Christianity, but that she was instead forced to sign blank documents, with the constant threat of violence and public humiliation.

The family has requested Nakash be arrested for sex crimes involving a minor.

According to Sumera Shafique, Shahbaz’ lawyer, the girl is “in constant danger because she is condemned as an apostate by her abductor and his supporters.”

“Unless Maira and her family can leave Pakistan they will always be at risk of being killed,” Shafique said.

On Thursday, ACN’s UK office delivered a petition signed by over 12,000 people to Fiona Bruce, the Prime Minister’s Special Envoy for Freedom of Religion or Belief, calling for asylum to be granted to the girl and her family, on the grounds that their lives are in danger.

In a statement released after presenting the petition, ACN quoted Bruce saying “Maira’s situation, and that of her family, is a tragic one and hearts goes out to her – as demonstrated by the thousands upon thousands of people who have signed Maira’s petition which I have received today.”

“I am immediately drawing it to the attention of the Home Secretary for her urgent consideration,” she said.

The asylum petition was organized by the papal charity as part of its “Red Wednesday” campaign that draws attention to religious persecution around the world.

Open Doors International, a Christian human rights organization, found in its latest report, that on a daily basis more than 340 million Christians suffer discrimination, inequality or active persecution in at least fifty countries in the world, a situation made worst by the COVID-19 pandemic.

In 2018-2019, 2,983 cases of Christians being killed for their faith were recorded by the international watchdog group, while there were at least 4,781 between Oct. 2019 and Sept. 2020. Over 90 percent of the deaths were in Africa, where a terrorist group blamed Christians for the coronavirus pandemic.

According to the Open Doors report, Christians in Pakistan face extreme persecution in every area of their lives, with believers who have converted from Islam facing the greatest levels of persecution, but with all Christians being considered second-class citizens.

The report also notes that Pakistan’s blasphemy laws are used to target Christians, and Islamic extremist groups vehemently “defend” these laws, including extrajudicially attacking or killing those believed to have contravened them.

The open letter to the prime minister on behalf of Shahbaz has been supported by more than 30 members of parliament, bishops and charities, the statement from ACN claimed.

Among those supporting the asylum appeal is Bishop Philip Mounstephen, an Anglican prelate who in 2019 produced the Bishop of Truro’s Independent Review of the Persecution of Christians for the UK foreign office.

“Tragic cases like that of Maira Shahbaz are a test case for the UK Government’s commitment to put freedom and religion front and center in its foreign policy,” Mounstephen told.

“I urge the Government to recognize how Maira’s rights have been potentially fatally compromised and offer her asylum,” he said.

70 Christians Released from Prison in Eritrea