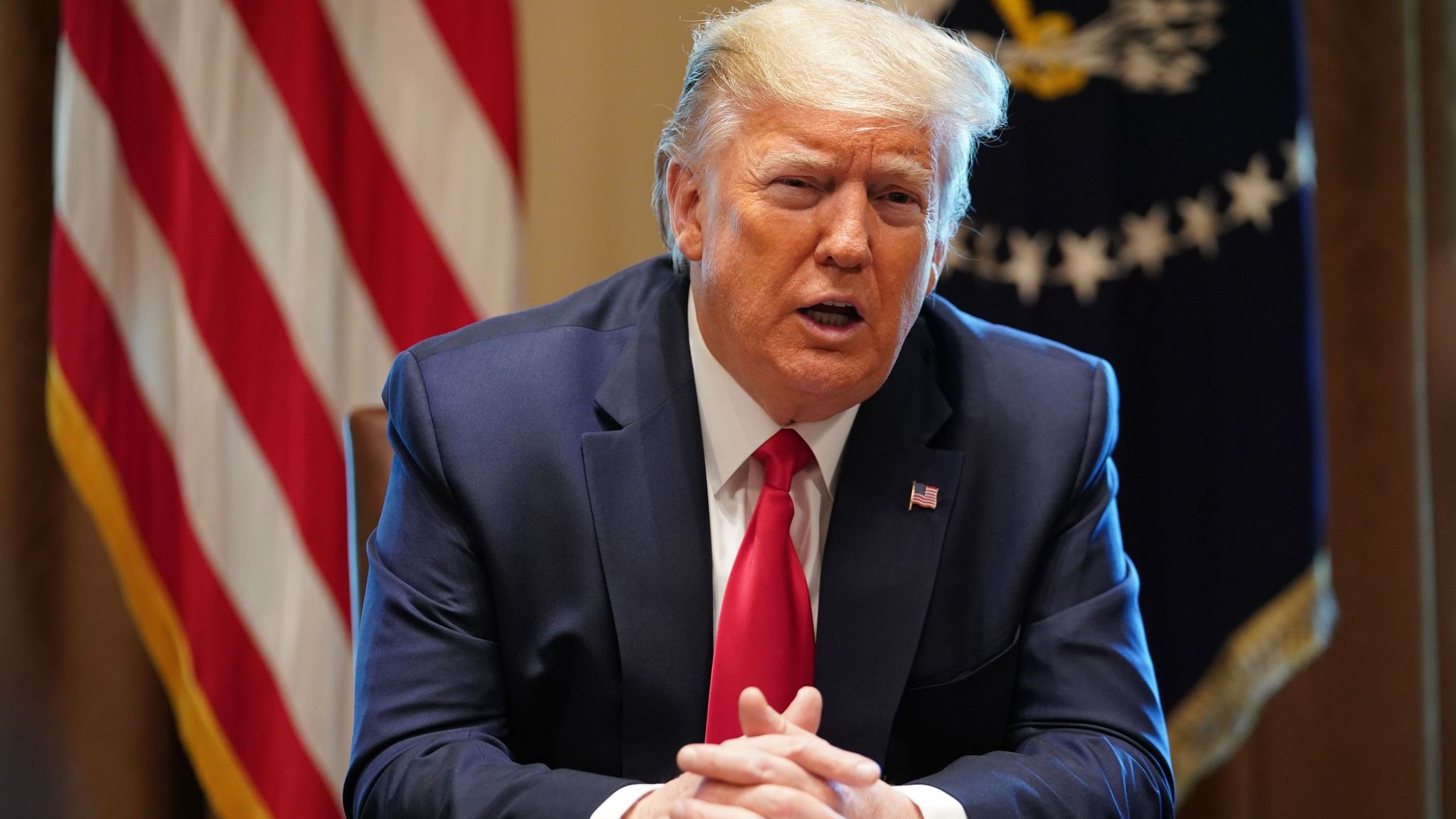 Hong Kong’s government said actions threatened by President Donald Trump are “unjustified” and that China is within its “legitimate rights” to pursue new national security laws that Beijing says will help quell months of unrest.

Separately, the People’s Daily, mouthpiece of China’s Communist Party, wrote that the plans outlined by Trump at the White House on Friday were “gross interference” in Beijing’s affairs and were “doomed to fail.” In a second commentary published Sunday on its front page, the newspaper accused the U.S. and Western politicians of “double standards” and “shameless hegemony” for their criticism of the legislation.

And China’s ambassador to the U.S. wrote in  that the central government has the ultimate responsibility for upholding national security in Hong Kong, and that the proposed legislation “will protect law-abiding citizens.”

The U.S. moves would include stripping Hong Kong of some of its privileged trade status as a result of Beijing’s crackdown on the island, and come as tensions simmer between the world’s two biggest economies over the origins of the coronavirus pandemic and how the Trump administration characterizes China’s role in its spread.

Officials from Hong Kong wrote in a 949-word statement that they’re “not unduly worried” about the sanctions and trade restrictions proposed by Trump.

Hong Kong will continue to rely on rule of law, judicial independence, and a free and open trade policy, according to a statement issued Saturday evening local time.

Officials defended the actions of China’s legislature, which this week approved a plan to draft legislation that China has called essential to national security, and which Hong Kong democracy advocates have said will curb freedom of speech and undermine an independent judiciary.

Those actions, on top of relations fraught by the pandemic, led Secretary of State Michael Pompeo to decertify the former British colony’s autonomy under U.S. law. Trump vowed “strong” and “meaningful” actions while providing few specifics.

The proposed legislation “does not give rise to fears of the loss of liberties by its people that will warrant international debate or interference by another country” and such fears are “simply fallacious,” the Hong Kong government said in its statement.

“We note with deep regret that President Trump and his administration continue to smear and demonize the legitimate rights and duty of our sovereign to safeguard national security in the Hong Kong Special Administrative Region which in turn is aimed at restoring stability to Hong Kong society,” the statement said.

Cui Tiankai, China’s U.S. ambassador, wrote on Saturday that Hong Kong was “a romantic fusion of the East and the West.”

“To our regret, such romance is evaporating,” the envoy wrote. The violent actions of protesters against police, citizens and property there there had crossed “a red line” for Beijing, he said. “Hong Kong is in disarray. China’s national security is at risk. That is why the central government has chosen to act.”

Hong Kong has been roiled by protests, some of them violent, since last year as demonstrators sought full democracy and police accountability, demands which remain unmet.

The coronavirus pandemic had, until recently, kept protesters at home; larger demonstrations have returned in the past week as people fought controversial legislation to criminalize disrespect toward China’s national anthem and Beijing’s efforts to impose the new security law on the territory, which has had relative autonomy since being returned to China by Britain in 1997.

The People’s Daily reported that China would be firm in responding to any U.S. moves, without specifying what actions Beijing might take. In Sunday’s commentary it said the proposed legislation is a rightful move to defend China’s sovereignty and compatible with international practice. 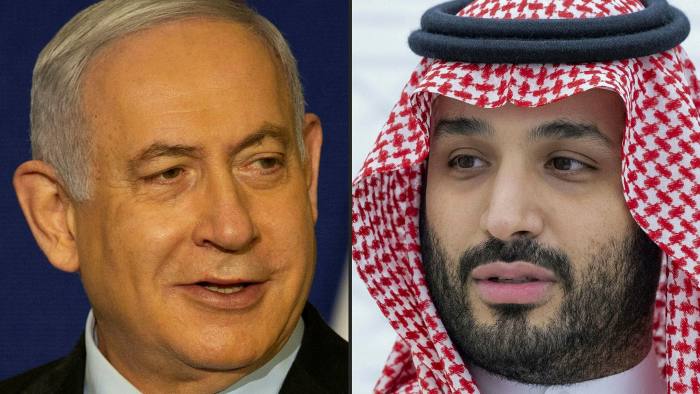 US Secretary of State Mike Pompeo, who was in Israel last week, was also at the reported talks, a diplomatic correspondent at Israeli public broadcaster Kan said on Monday.

The broadcaster cited unnamed Israeli officials as saying that Netanyahu and the head of the Mossad spy agency Yossi Cohen “flew yesterday to Saudi Arabia, and met Pompeo and MBS in the city of Neom”, referring to Prince Mohammed’s initials.

Netanyahu’s office was not immediately available to comment on the reports.

The meeting comes after Israel agreed historic deals to normalise ties with two Saudi allies in the Gulf, the United Arab Emirates and Bahrain.

Those accords were brokered by outgoing US President Donald Trump’s administration.

US and Israeli officials have repeatedly indicated that more Arab states were set to forge ties with Israel.

Publicly, Saudi Arabia has said it would stick to the decades-old Arab League position of not having ties with Israel until the Jewish state’s conflict with the Palestinians is resolved. 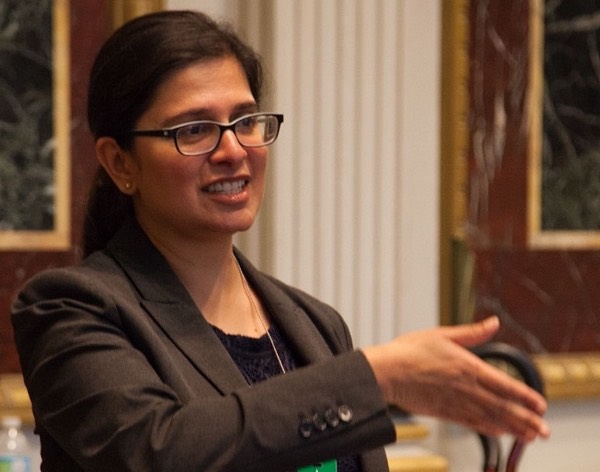 Washington: US President-elect Joe Biden has appointed Indian-American Mala Adiga as the policy director of his wife Jill, choosing an experienced education policy hand as the incoming First Lady focuses on education and plans to continue teaching community college classes.

Adiga was a senior adviser to Jill and senior policy adviser for Biden’s 2020 campaign. She previously worked for the Biden Foundation as director for higher education and military families.

Before that, during Obama’s administration, she was deputy assistant secretary of state for academic programmes at the Bureau of Educational and Cultural Affairs and worked in the State Department’s Office of Global Women’s Issues as chief of staff and senior adviser to the ambassador-at-large.

“Future First Lady Jill Biden’s Policy Director will be Mala Adiga, who served as her senior advisor and a senior policy advisor on the Biden-Harris campaign. Adiga will work for a First Lady who has said she intends to prioritise education and military families,”

Biden on Friday announced another round of White House staff positions to be filled by longtime aides to the Bidens.

Louisa Terrell, who served as Executive Director for the Biden Foundation, will become Director of the White House Office of Legislative Affairs. She comes to the position with an experience that includes acting as the Special Assistant to the President for Legislative Affairs in the Obama-Biden administration, the report said.

Carlos Elizondo, who was social secretary for Jill Biden during the Obama administration, will be White House Social Secretary. Ambassador Cathy Russell will assume the role of Director of the White House Office of Presidential Personnel, it said.

Adiga served as Director for Human Rights in the National Security Staff’s (NSS) Multilateral and Human Rights Directorate. Prior to joining NSS, she was an attorney at the Department of Justice, where she served as Counsel to the Associate Attorney General.

Before entering government service, Adiga volunteered and then worked for the Obama presidential campaign for nearly two years, according to her biography on the US State Department website.

The new announcements come just days after Biden revealed his first round of top White House staff, including the appointment of his campaign manager, Jen O’Malley Dillon, to serve as deputy chief of staff, and campaign co-chair Cedric Richmond as director of the White House Office of Public Engagement.

Late week, he announced that his aide Ron Klain will serve as his chief of staff.